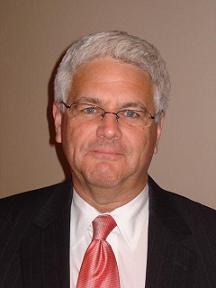 Peter Brown is a senior executive with vast experience in communications/brand strategy (how to tell your story succinctly and successfully), internal and external communications, crisis communications, C-suite management and leadership, media and public speaking training.

Peter is former Chief of Staff to the President and CEO of Partners HealthCare. In this role, he worked directly with the CEO and senior leadership to advance the mission of the health care system, the state’s largest private employer (64,000). Among his responsibilities, Peter oversaw external affairs for Partners, which includes Community Health, Government Affairs, Public Affairs and Communication and Development.

Prior to this position, Peter was Vice-President of Public Affairs and Communication for Brigham and Women’s Hospital (BWH). He was responsible with his team for managing media and external messaging as well as the internal communications for a hospital community of 15,000 people. BWH is recognized internationally for its excellence in patient care and safety, medical research and teaching the next generation of medical leaders. For these reasons, BWH is on the U.S. News & World Report honor roll of the nation’s best hospitals.

Peter spent more than twenty-five years in television journalism. He started his career in radio news in 1977 and transitioned to television in 1978. After graduating from the University of Rhode Island in 1979, Peter worked as a broadcast producer at television stations in Providence (WJAR-TV), Philadelphia (WPVI-TV) and Boston (WBZ-TV), where he was News Director from 1993-2004, leading a staff or more than 125 journalists. Strong writing and communications skills have been a hallmark of his leadership.

During Peter’s television news career, he was honored with numerous awards from the Associated Press and United Press International. He received an Emmy Award, a Best of Boston Award as Best News Director from Boston Magazine and several distinguished accolades from the Radio/Television News Directors Association. In 2000, he and his WBZ-TV news team were acknowledged with the highest award given to any television station, the Edward R. Murrow Award for best local news station in America.

Peter is a member of the Board of Governors of the Boston Athletic Association, supporting the Boston Marathon and its various community activities. He also serves on the Board of Directors of the Massachusetts Broadcasters Hall of Fame, which honors the industry’s most noteworthy members and commemorates their achievements and contributions to broadcasting. Peter is also a member of the Board of Directors of the Massachusetts Hugh O’Brien Leadership Conference; its mission is to inspire and develop our global community of youth and volunteers to a life dedicated to leadership, service and innovation. Peter has served as Chairman of the Board at the Family Justice Center of Boston, a collaborative venture housing numerous public and private agencies offering support and services to victims of domestic violence and child abuse. He also served on the External Affairs Committee for the Forsyth Institute in Boston - the world’s leading independent organization dedicated to scientific research and education in oral, craniofacial and related biomedical sciences.

Peter has worked with various government agencies and groups, both locally and internationally, to provide his expertise in dealing with the media around emergency events and offering guidance on how best to deliver communication during a crisis. As examples, he has been involved in Operations “Atlas” and “Poseidon” through the City of Boston Department of Homeland Security and the city of Cambridge, MA and internationally, through his media training with the International Emergency Department Leadership Institute.

Peter’s comment on MA HOBY: “Thrilled to be a member of the HOBY team and inspired by the extraordinary commitment of the leadership and all the participants in the MA HOBY program. Here to help in any way possible.”