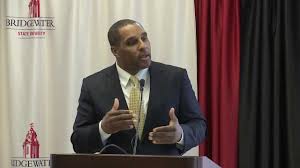 Ron is a featured speaker who discusses the hard work, perseverance and passion it takes to succeed as an entrepreneur in today‘s business world. Founded by his father, former Patriots running back Ron Burton Sr., the Ron Burton Training Village brings 130 low income boys to a rural, five-week training center devoted to the spiritual, educational, social and physical development of children in Massachusetts. Since 1985, Ron Burton Jr. and his family have run the training village, which has since served over 3,000 youth from the Massachusetts area.

A New England native, Ron joined the Boston Red Sox in 1993. From 1993 to 2002 he was responsible for overseeing Red Sox community relations. During that tenure he created and developed the organization‘s numerous charitable programs and events. In 2002 the Red Sox formed a formal partnership with the Ron Burton Training Village to further expand the outreach of the training village to the inner city youth in Red Sox programs. Now directing both the training village and Red Sox youth athletics, Burton‘s programs combine to touch the lives of over 6,000 youths in Massachusetts.

A former Big Ten scholarship athlete and graduate of Northwestern University, Ron sits on over 13 community and non-profit boards and is extensively involved in the development of youth sports in the city of Boston.